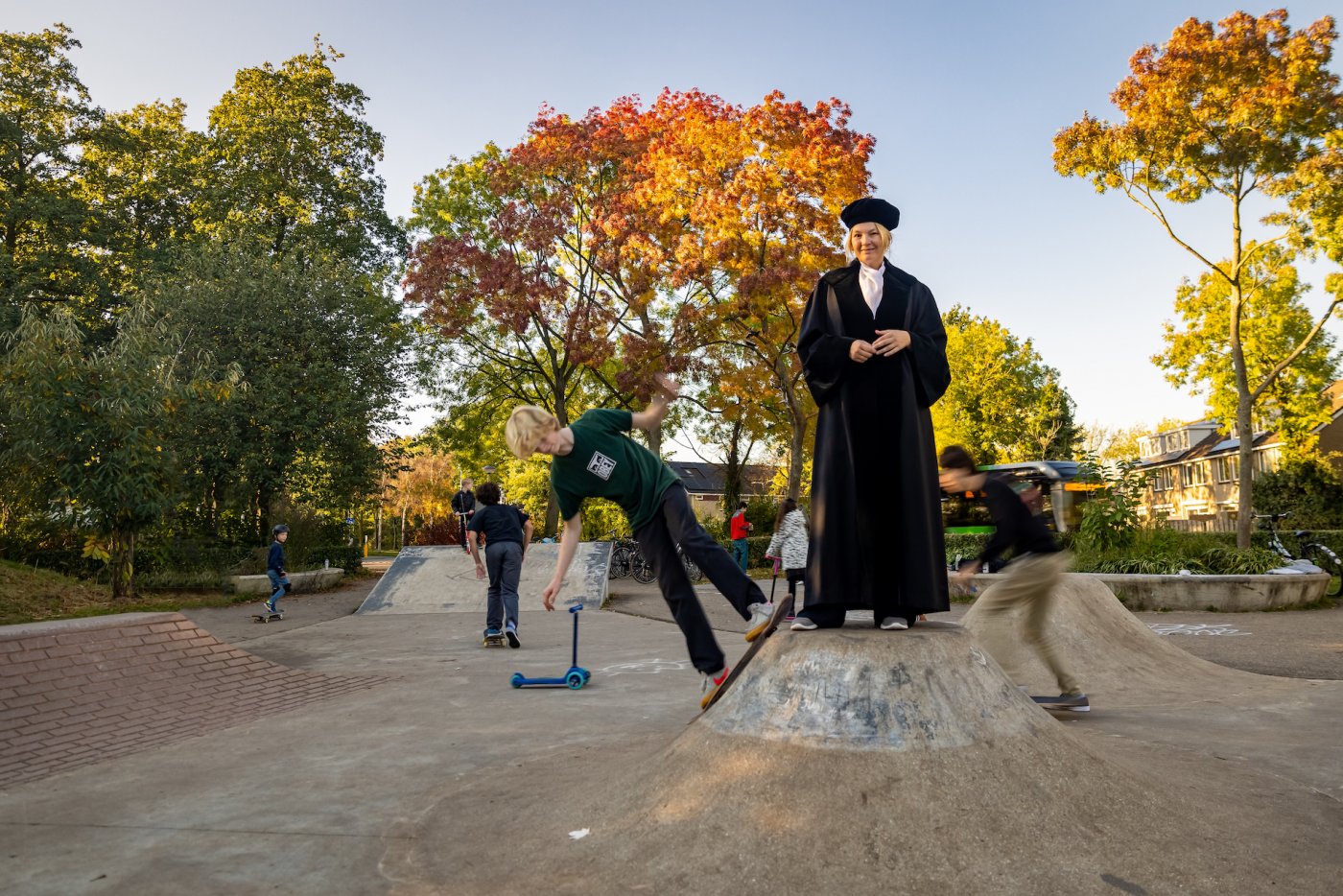 Professor Eveline Crone has no start-ups and holds no patents. She does have impact. She is a much lauded, driven neuroscientist and psychologist whose research into adolescent brain processes - from MRI scans to youth panels - leads to insights that can be used to improve the way education and society are tailored to the capabilities of young people.

She publishes just as readily in Nature as in the Dutch NRC newspaper and disseminates the knowledge she and her colleagues develop to the general public through films and books. In Crone's work, the boundaries are blurred between STEM and the Humanities, science and society, research and applications.

From innovation to actual use

"It doesn't just happen in universities," Eveline Crone contends.  At one time she thought it did. Science had the knowledge and was supposed to bring it to society. Now she thinks her own vision is outdated.  "We have to go and get knowledge," she maintains, because knowledge is being created everywhere.  Science's most important contribution is that it is value-free and provides space for free thinkers to engage in independent contemplation of major challenges for society - but they should do so, and even more than today, in interaction with society. "As a first-year psychology major, you learn about the empirical cycle," Crone goes on to explain. She herself is very inspired by the design cycle, by companies with a product development process that involves constant testing in the marketplace.  Why shouldn't science work in the same way?

That is exactly what she has been doing for the past few years. In 'living labs' that bring citizens, policymakers and scientists together to identify problems and develop, test and improve solutions. By doing this, they become joint owners of the problem ánd the solution.  This immediately creates support and a solution that is not only better but also works in practice. This type of approach is bound to become even more important, Crone points out.  After all, to tackle the big challenges of our time - the 'wicked problems' - you need technological innovations, but to solve them, you must use these innovations - and that means understanding the social context that surrounds them.

Eveline Crone is professor of Developmental Neuroscience in Society at Erasmus University Rotterdam and professor of Neurocognitive Developmental Psychology at Leiden University. In Rotterdam, she heads the Society, Youth and Neuroscience Connected (SYNC) lab and in Leiden the Brain & Development Lab. Crone received her PhD cum laude from the University of Amsterdam and was a postdoctoral researcher at the University of California in Davis. She has received major research grants from NWO (Veni, Vidi, Vici, Spinoza Prize) and the ERC (Starting and Consolidator grants) and trained a new generation of prize-winning researchers (with their own NWO Rubicon and Veni and AXA Research grants). 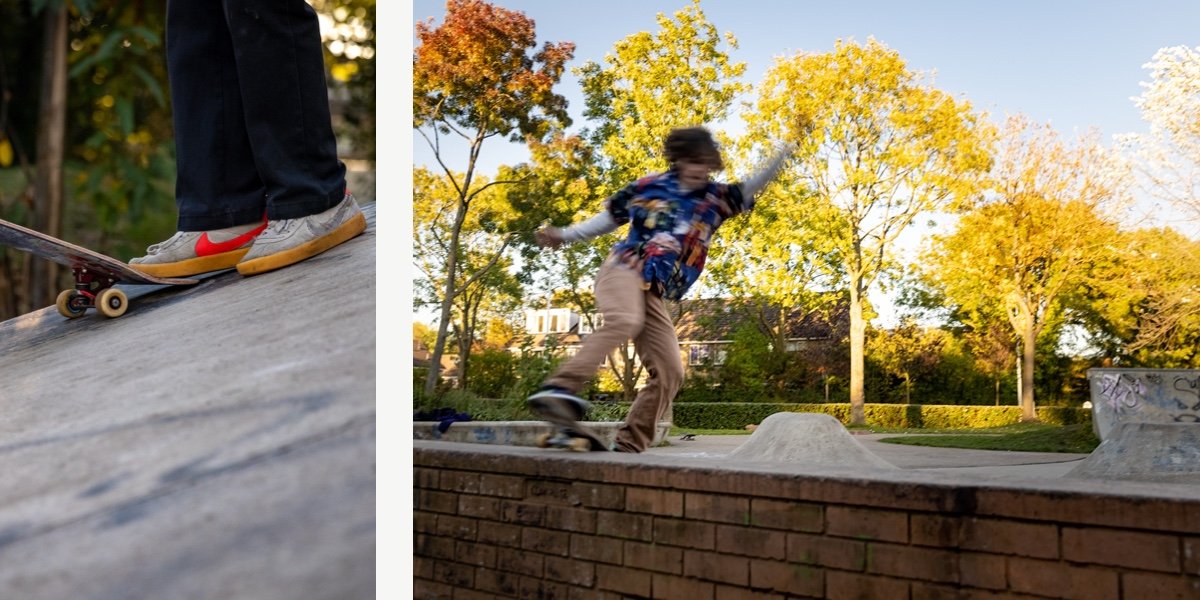 Young people are being constrained by the pandemic in three of their fundamental needs.

Take the vaccination policy. Virologists have worked diligently and moved mountains, yet somehow, along the way, we have lost 15-20% of society. Because they need to be approached differently, in Crone’s view.  Young people, she explains, are being constrained by the pandemic in three of their fundamental needs: risk-taking and exploration, establishing and maintaining loving, warm friendships, and being heard and seen - being given respect.  The following idea came out of the panels in which she and her colleagues worked with young people. They understood perfectly well that we started with vaccinating people over 80, and then step by step worked our way down to younger age categories.  ‘But,’ they asked, ‘once we reach 40, could we not reverse that order and vaccinate people from 18 upwards?’  That suggestion was never taken seriously.  "And we are talking about our future teachers, dentists, entrepreneurs, and so on.  Imagine if we had started working with young people back in December, where would we be now?

Use is what determines the success of innovations. We can't just keep on generating knowledge.  We have to do something with that knowledge.  And whether it's the corona crisis, the climate crisis, healthcare or any other major challenge - you need to work across disciplines. Crone gives another example. Children with chronic diseases such as diabetes are often much less likely to be therapy compliant during their adolescence. That lasts until they are in their twenties, but a lot of damage has been done by then. A living lab can help find ways to prevent this. You can't do that with just individuals, you need schools, neighbourhoods, communities and municipalities. And technology. Crone is closely involved in the convergence alliance of her own Erasmus University, the Erasmus Medical Center and Delft University of Technology, which actually tries to develop solutions for major societal challenges across and beyond the boundaries of disciplines and institutions.  In it, she works with researchers from Delft, among others, to find effective ways to reach "unheard youth" online.

Conversely, social scientists in particular can play an important and perhaps crucial role in understanding the conditions for the adoption of innovations. They are used to "standing in the mire," where everything is related to everything else and you cannot establish anything with any degree of certainty. But social scientists are often still afraid of being seen as some kind of "auxiliary scientist."  "Respect is so often a key word, don't you think?"

Oddly enough, expectations are nevertheless high. Setting up such a collaboration remains complex. A shared mission connects everyone, Crone says. So does infrastructure.  Thanks to the convergence alliance, she frequently gets to talk to technical people. They work with the same equipment a lot, something she, as a neuroscientist, is also used to.  That unites people and fosters collaboration. For social scientists, this is much more  difficult.  A living lab could be the answer.

According to Crone, formulating a sharply defined proposition is vital. You need to know exactly what you are trying to achieve together and make clear agreements about how you want to go about it. Then you have to "just do it."  You set out the strategy and then "75% join in and 25% don't.” The mistake is to focus on those 25% and to let them slow you down. Whereas success automatically ensures that they will follow.  That, incidentally, is also the danger. If one person is more successful than another, that success can overshadow the common goal and get in the way of collaboration.

Another risk is the prevailing subsidy landscape. Scientists are less free in their choices and applications focus more on the whims of the day and the hobbyhorses of the latest politicians. More basic funding for research would afford scientists more freedom and appreciation to break new ground, to collaborate with other parties and in other forms, and to make an impact on society in a variety of ways.  "My good fortune," Crone says, "is the Spinoza Prize.” That grants her the freedom to design her research according to her own insights - as outlined here.

Youth - and science - has the future

Crone is a staunch optimist.  "I believe in that paradigm shift," she states. From linear to iterative, from just bringing knowledge to also getting knowledge. From interdisciplinary work with two or three other scientists to working with people from society, as in her living labs. From research to impact - or more precisely, with impact.  Because scientists are not unworldly navel-gazers.  "Even the most inveterate fundamental scientists I come across want to contribute, want to help solve practical problems. And they do. As vice president of the European Research Council (ERC), Crone has an insight into this that few others have.  She recalls a recent analysis of ERC-funded research. That is "only 'curiosity-driven,'" she explains, "Valorization is not a criterion." What does it show? The scientists who score best often also have patents and start-ups. The most patents, even.

For her research, Eveline Crone has been awarded the Early Career Award of the Society for Psychophysiological Research in Boston, the Huibregtsen Prize for Excellence in Science and Communication, the Ammodo Prize for Social Sciences, and the Dr. Hendrik Muller Prize by the Royal Netherlands Academy of Arts and Sciences (KNAW), among others. She has been a member of the KNAW since 2013, was president of De Jonge Academie, and is a member of the Royal Holland Society of Sciences and Humanities, the American Association for Psychological Sciences, the Academia Europaea, and since 2021 'corresponding member' of the British Academy. Crone was elected vice president of the European Research Council in 2020.

Eveline Crone has published more than 200 much-cited articles in reputable journals and has an H index of 56 in the Web of Science and 80 in Google Scholar. She is author of The Adolescent Brain - which has been translated into seven languages and has sold more than 100,000 copies - and maker of the documentary "Braintime Movie: Discovering the developing brain", which was described by the NRC newspaper as "the new trend in science communication." 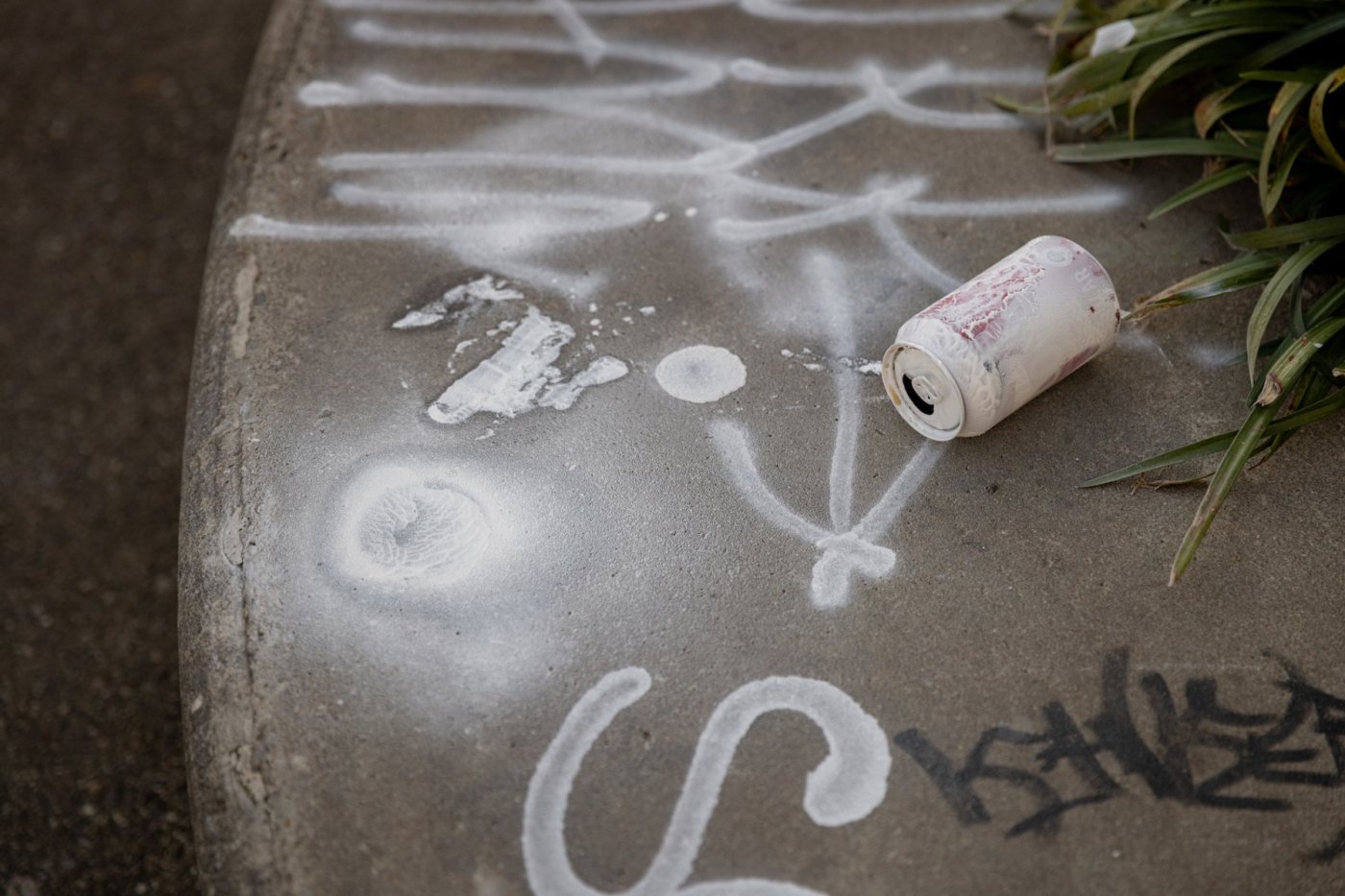 "Even the most inveterate fundamental scientists I come across want to contribute, want to help solve practical problems."

Crone has that same confidence in the younger generation. In her experience, in her research, young people are not that negative at all. On the contrary, they have a lot of faith in science. More even than older generations have. More than in government, too. What young people don't tell municipalities, for example, they will tell researchers and municipalities let those researchers advise them how to better understand, reach, and serve young people. Is there a better, more direct way for society to benefit from science?