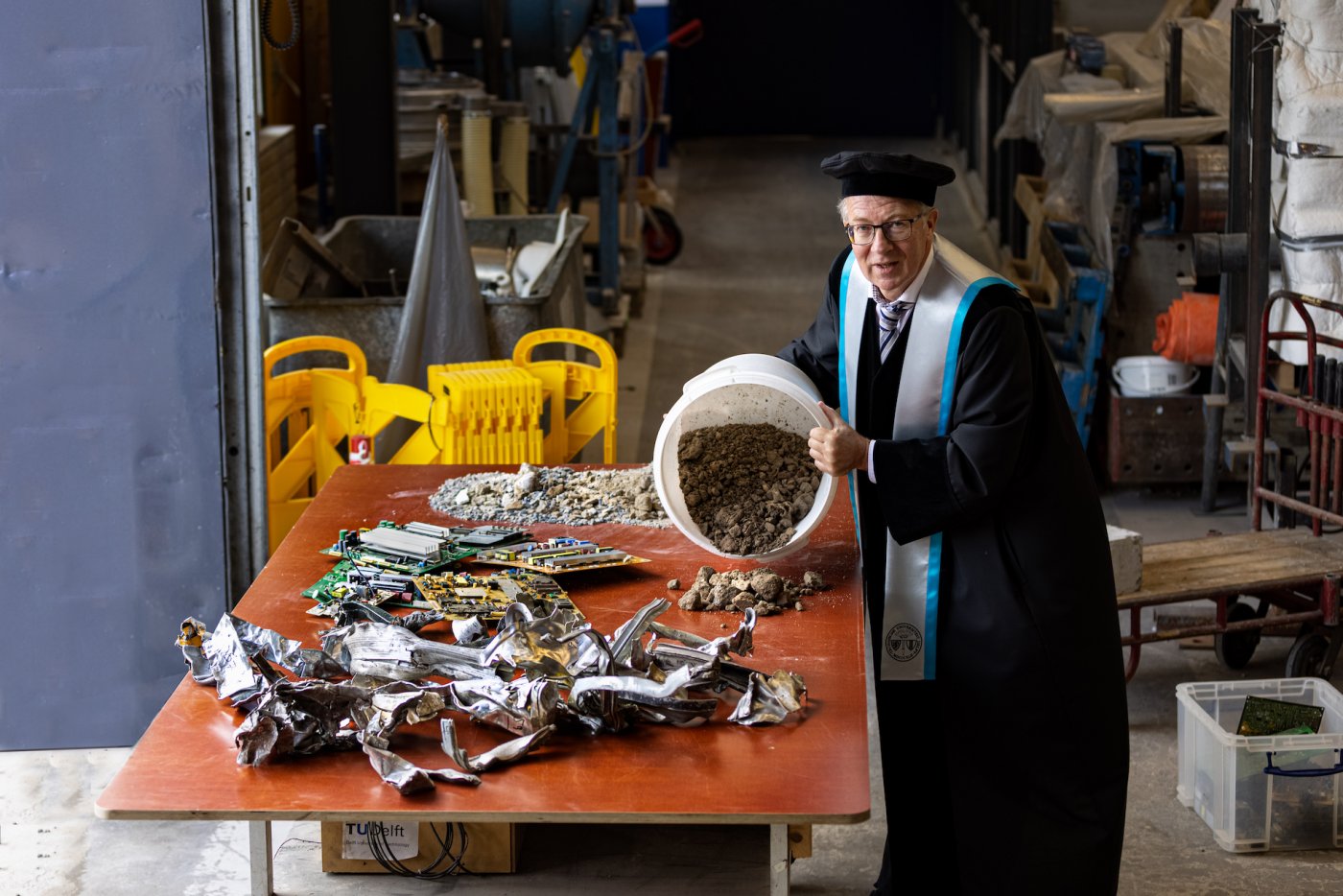 Professor Peter Rem is no stranger to start-ups. His lab at Delft University of Technology (TU Delft) has spun off six companies, hosted four more that were founded by students and even offers entrepreneurs from outside access to their facilities and expertise.

That is no coincidence. Peter passionately believes that he and his fellow academics have a duty to deliver for society: not just knowledge and graduates but real-world applications that are commercially viable.

“For every euro that society invests in R&D, we should return €100 in (additional) GDP”, he states. That means thinking big, thinking outside-in and thinking of yourself, your expertise and your facilities as public resources that should be put towards achieving that goal.

“Begin with the end in mind” is the second of Stephen Covey’s seven habits of highly effective people. It could have been said by Peter Rem whenever he explains his research. Every scientist, certainly physicists like Rem, “wants to be an Einstein – but there aren’t that many Einsteins”. Not every scientist can transform the way we understand and think about reality, nor is trying to follow the only route to thought-provoking and ground-breaking (basic) research.

But if every scientist only took that approach, very little innovation would actually get done. Rem favours another route. Rather than seeking applications for science and technology, he takes such applications as a starting point for developing technologies and deriving scientific questions from them.

In Rem’s societal and market-driven approach, innovations have to be material: relevant to society and big enough to have impact as well as be commercially viable. If not, no company will make them, no investor will back them and neither the planet nor people will profit from them. A lot of (applied) research does not take that into consideration, even when funded from instruments specifically intended to boost innovation for society.

Take the EU’s seventh framework program. If you reviewed the projects that it has funded, you will find that a few have had a huge impact and most very little. For example, a greener and more cost-efficient way to build roads has enormous potential, both in societal and economic terms. On the other hand, a project to develop new ways to preserve air quality in museums may be incredibly intriguing and tantalizing technologically, but curators already do that and the likelihood of finding an unmet need to fulfil and a market to serve would be insignificant.

To illustrate Rem’s approach, consider Inashco (now: Blue Phoenix Group), one of the first spin-offs from his research group in Delft. Its starting point was an observation about ‘bottom ash’, the residue left after the incineration of household waste. It is full of valuable metal and mineral resources that could be reused rather than dumped in landfills – but known extraction methods required the wet and sticky bottom ash to be dried first and that was too expensive. Rem and his team developed a mechanical process that can separate out even extremely small metal particles, including aluminium, copper and precious metals like gold and silver, which also uses relatively little energy. That reintroduces valuable raw materials into global supply chains, reduces CO2 emissions and limiting landfills. Definitely societal- and market-driven.

Intriguingly, however, it is also not ‘just’ a novel application of existing technology. This application required new, previously unknown physics that Rem and his group researched and published on, and which is still not fully understood.

The difference with new physics of the Einstein sort is that while new, it is also what Rem calls ‘practicable’ – that is: you know it is possible and in principle can be made to work – but it is nonetheless basic research compared to what many consider ‘pure, curiosity-driven’ research. It is just that this curiosity is more practical than philosophical in origin, that’s all.

Prof. dr. P.C. (Peter) Rem [link to TU Delft profile page] has been a full professor in Resources & Recycling at Delft University of Technology since 2011. He wrote his PhD thesis on superconductors (1986) and worked for Shell Research on innovative processes for the production and processing of oil and gas.

Peter has published over 100 peer-reviewed articles and has an H-index of 25 and i10-index of 62. [links to research gate and google scholar] His research interests include the behaviour of complex systems in physics, separation science & technology and the societal transition towards circularity.

Peter holds more than a dozen patents in process technology and equipment – of which about half are currently being applied in industry. He and his group have spun off six companies and supported and collaborated with many more. 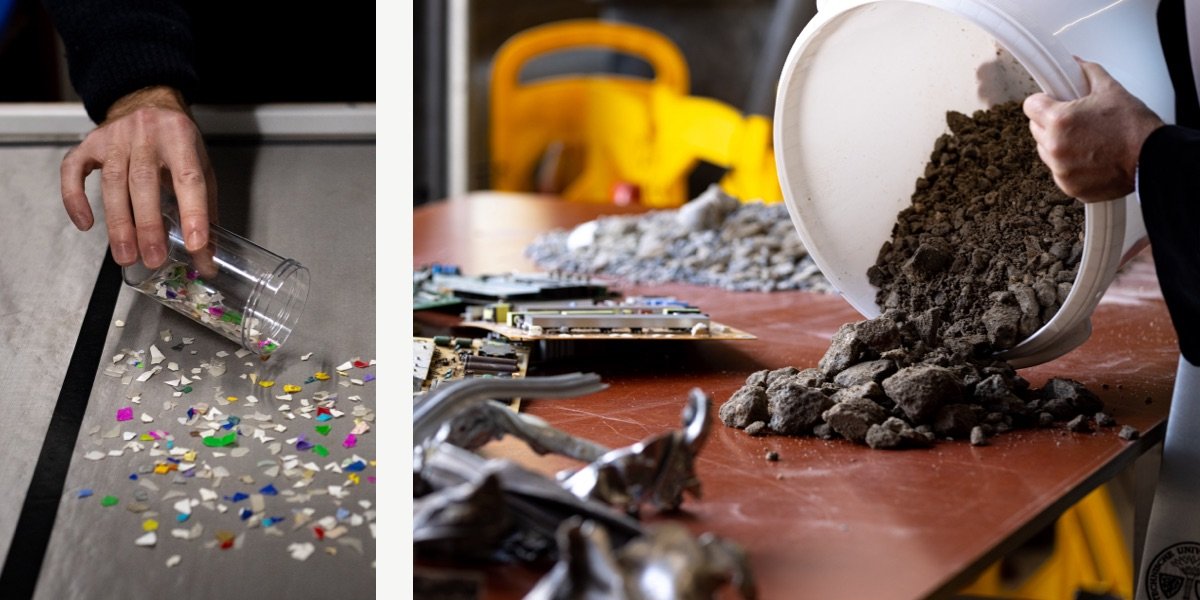 The residue that remains after the incineration of household waste contains valuable metals and minerals.

Man on a mission

Maybe passion is a better term for a man whose group has spun off half a dozen companies and supported at least half a dozen more. Rem’s passion is palpable even through the screen that COVID has condemned our interaction to. He wants to transform recycling: from waste-driven to demand-driven. Rather than take a waste stream and trying to find a customer for what you can reclaim, Rem envisions a situation where customers specify which material or alloy they want and recyclers set out to supply it. A recent spin-off, ScrapVenture, is endeavoring to do that for scrap metal.

The approach has substantial advantages. Today, recycled materials are available in small quantities, all slightly different. Companies that want to use them – because they “simply have to do something with recycling” – have to redesign their products and processes to do so. That is inefficient (“just slow down the machine a bit”) and expensive, and an important reason why only 10% – in terms of value – of the materials we use comes from recycling.

Changing that is far from easy. It will require not just technological innovation but of systems as well. In Rem’s vision, it would operate like the petrochemical supply chain does today. Let’s say you order a resin to be delivered within the month. Computers then combine all orders to calculate the ideal crude composition as input for the refineries. Traders buy and swap streams already out at sea to deliver the right mix to the right locations, etc. Transforming recycling in such a way requires a whole range of innovations, all of which will run into new problems of physics and mathematics that we do not yet know how to solve. In other words, plenty of scope for both research and new companies.

The strengths of student starters

Rem and his group take their inventions very far. They patent a lot and typically advance their concepts to prototypes on a near industrial scale. But starting – or rather building and running – a company is something altogether different. Once, Peter let himself be talked in an executive role. Once was enough. He talks with relish about the tax letters addressed to his lab and opened by a controller who, not recognizing the company name, promptly consigned them to the bin – but he clearly does not relish having another go. That is best left to others. Who? The university for one. They manage the administrative side with the entrepreneur and have excellent arrangements in place to let Rem’s group and individual inventors share in the returns.

And who make the best entrepreneurs? Students do. Rem has little doubt about that. For academics, it can be hard to look beyond their own disciplines. Take the Nuna, Rem goes on to eplain. The solar-powered car involves a wide range of disciplines and has been winning global solar challenges for decades. Even entire teams at big companies cannot get anywhere near it. “Put a professor in charge, and Nuna will start losing immediately”. 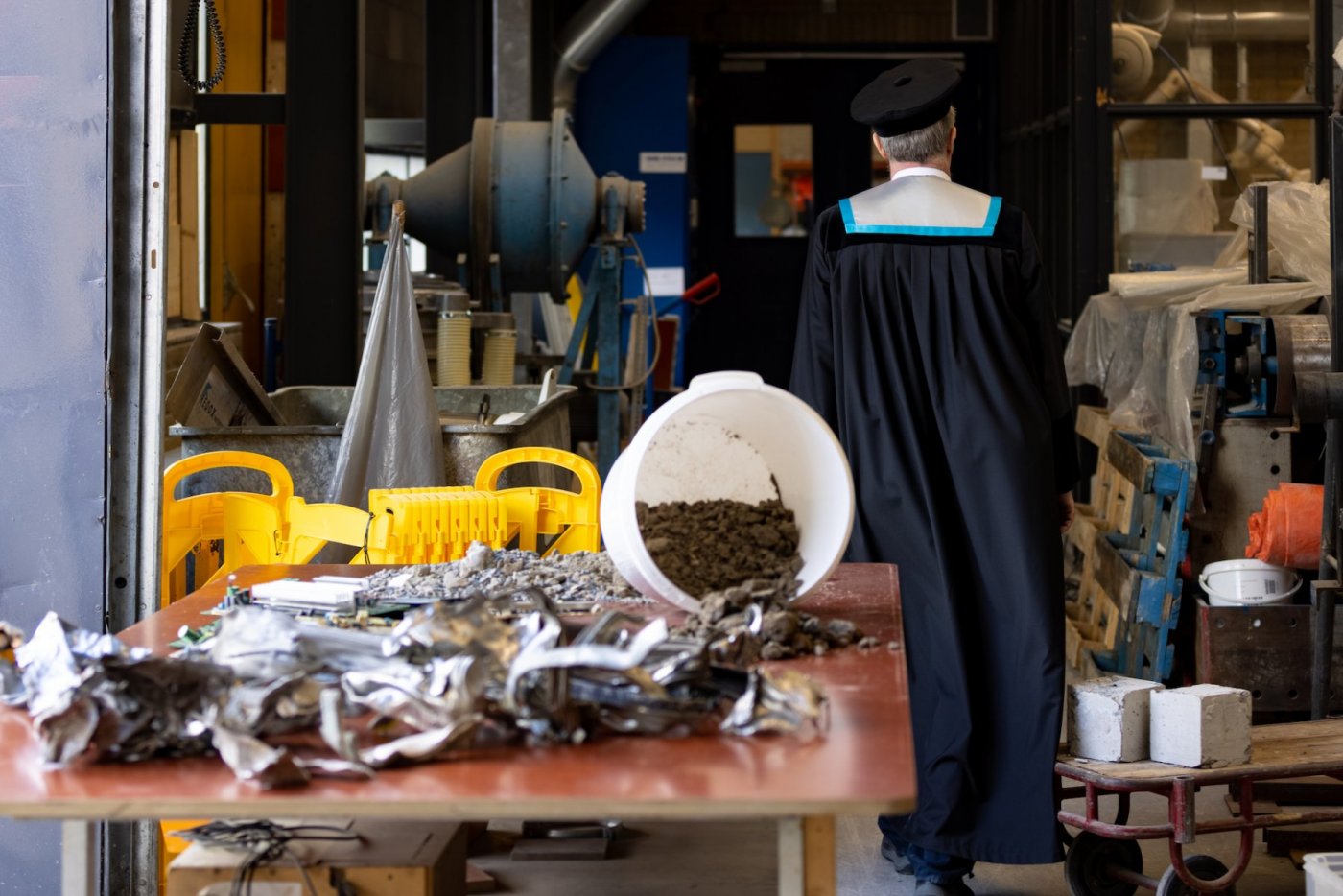 "For every euro that society invests in R&D, we should return €100 in (additional) GDP"

Students, however, are a different matter. They are not just good in technology, they are good at collaborating, they evoke sympathy rather than rivalry and they are flexible, able to adapt to new insights and less prone to remaining stuck in their ways. Elemetal, one of the students’ start-ups supported by Rem’s lab, is another good example. It changed its business plan three times before finding success.

Rem also has a lot of sympathy for ‘experienced starters’, people aged 40-60 that come to his lab from industry, often with very promising ideas. Somehow, however, their start-ups are not as successful – probably because they lack one or more of the strengths that student founders have. Their mastery of technology is not as good, their ideas are too specific and narrow to be of commercial interest and they are unwilling or unable to change tack.

Is it possible to copy Rem’s approach and apply it elsewhere to boost innovation and the transfer of technology? Unfortunately, Rem says, a lot still depends on the individual. Universities encourage valorisation but struggle to drive and direct it. Incentives are still skewed towards scientific rather than societal impact. As is the deployment of the faculty and facilities. Actually, the support his group provides to start-ups (students’ and external) is more of a public service. They do not charge for the use of their lab and expertise, only for consumables and whatever the start-ups might break. Rem counts himself lucky that his university turns a blind eye to this practice. Obviously, those in charge can see the bigger picture and share some of Rem’s sense purpose and duty to society. Again, it comes down to individuals.

At the end of our conversation, an intriguing idea emerges. Higher education is taught per discipline, such as physics, mathematics, electrical and mechanic engineering, and the specialties therein. Research funding – that comes from both government and competitions through the NWO and the EU – is awarded along the same lines. If valorisation presupposes cross-disciplinary, societal and market-driven approaches rather than science-driven ones, it should be no surprise that the match is less than perfect. Rem’s chair, however, is in resources & recycling – not a scientific discipline but more of an application and a societal priority. Maybe that is something to build on. Maybe we could create more application chairs with a mandate for application, attract industry funding, appoint entrepreneurial researchers and charge them with repaying society’s investment, one hundred to one. Call it Rem’s Law. It may not be E=MC2, but society – and science – could do worse.