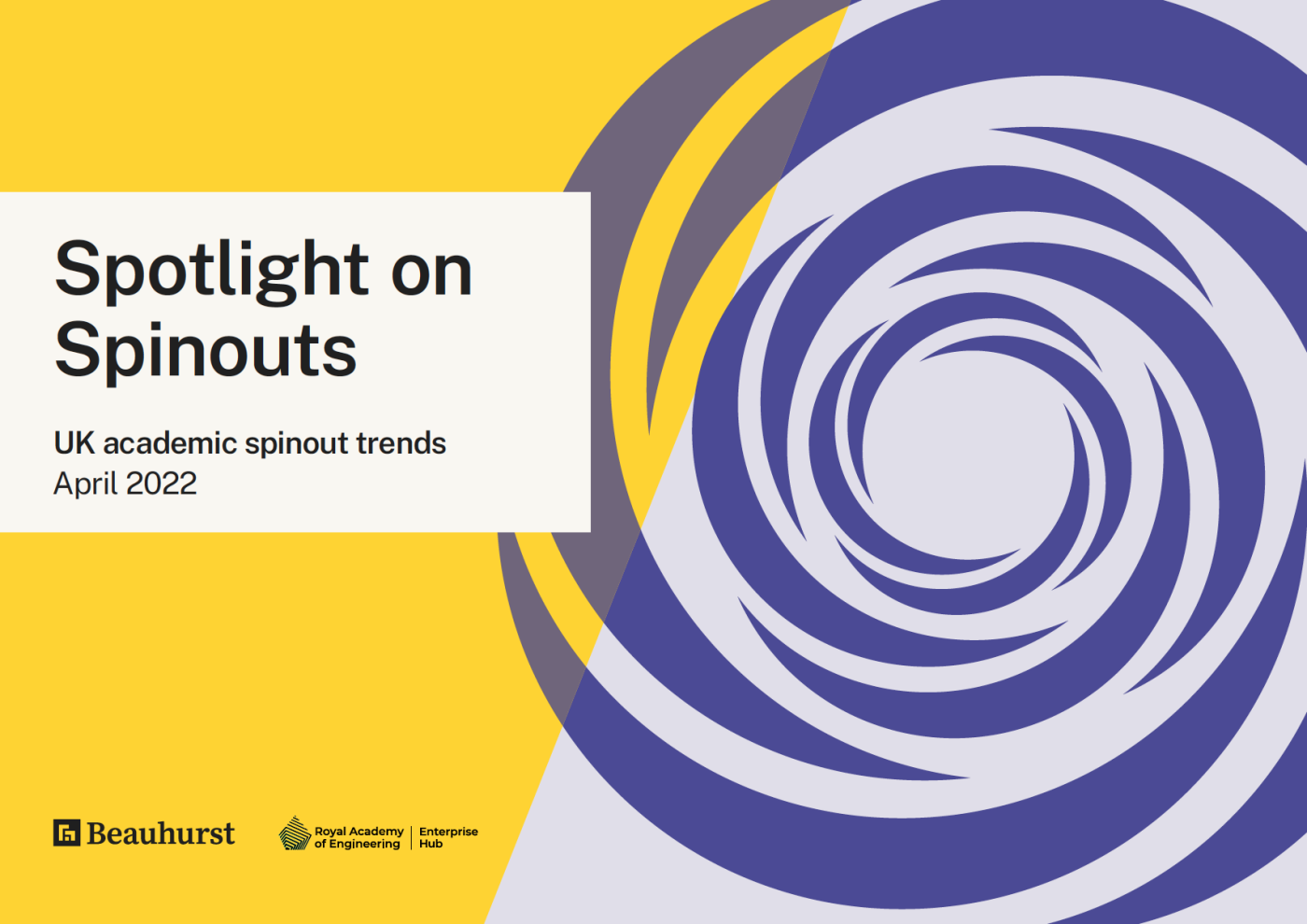 The second edition of the report Spotlight on spinouts: UK academic spinout trends by the Royal Academy of Engineering in association with Beauhurst has been published. It examines where and how effectively innovations developed in universities are being turned into real-world products, processes and commercial successes.

Following the first edition published in 2021, the second edition identifies strong representation across UK regions in the top 20 universities by the number of spinouts generated, with high performers found in the Midlands, Northern England, Scotland, Wales, and Northern Ireland. The 2022 report features a spotlight on universities ranked 11-20 on this list as important contributors to the spinout economy, alongside institutions with more established commercialisation teams.

The data compiled analyses which universities are successfully generating spinouts, their geographic spread, top sectors, investments and who is making them, survival rates and growth trajectories, Innovate UK grants, and gender, age, and nationality of leadership. The impact of Covid-19 on spinouts is also examined alongside the IP policies and stakes taken by universities.

Findings in the report include:

The Academy’s annual Spotlight on spinouts report aims to share important evidence about the UK spinout landscape to inform wider debate, future policy and build upon the Enterprise Hub’s work to support spinouts and entrepreneurs.

Read the article and download the report Spotlight on spinouts