Early in his career, professor Maarten Steinbuch was invited to speak at a conference in Norway and told he would be paid for it. This presented him with a dilemma. He could give the money to his department – which felt a bit like adding a drop to the ocean – or keep it himself to spend how he saw fit.

If he were to do that, however, Steinbuch felt he should also pay for his own expenses and attend the conference in his own time rather than that of his boss. He decided to resign his position for one day in the week and on that day earn his own money.

“That is still my number one advice”, he says, when scientists with entrepreneurial ambitions ask him what to do. You cannot be an entrepreneur on someone else’s time or dime. Resigning in part from your day job is both fair and transparent to your employer (helping avoid conflicts) and will make you a better (for being a real) entrepreneur. There is nothing like having to send an invoice to make you think about your customers. Who are they? What do they need? Will they pay for it?

In a sense, researchers and entrepreneurs have more in common than you may think. Both need to be self-starters with an intrinsic drive, a long-term vision and persistence. The big difference is that entrepreneurs must curb their curiosity and focus, focus, focus. Where being almost perennially unsure may be a prerequisite for a PhD student, it can paralyze entrepreneurs. At some point they must stop thinking and start doing. Putting themselves in that position will help researchers feel that urgency and develop the mindset of an entrepreneur.

With a good team, one day per week is enough for a scientist to help build a successful venture. The university, too, will benefit. Being an entrepreneur, even part-time, makes researchers better at listening to industry and society, understanding their needs and collaborating effectively in (open) innovation that creates value and impact.

Prof. dr. ir. Maarten Steinbuch [link to TU/e profile page] is Distinguished University Professor in Systems and Control and Chair of Control Systems Technology at Eindhoven University of Technology and Scientific Director of the Eindhoven Engine. After graduating and completing his PhD at Delft University of Technology, he spent over a decade at Philips Research before becoming a full professor in Eindhoven in 1999. His research interests range from automotive engineering (with a focus on electric and autonomous vehicles) to mechatronics, robotics for high-precision surgery, motion control and fusion plasma control.

Maarten Steinbuch has published hundreds of highly cited papers that have earned him an H-index of >35 in ISI Web of Science and 58 in Google Scholar (i10-index of 267) [links to Google Scholar and research gate]. He was awarded the first Academic Society Award of the Royal Dutch Institute of Engineers (KIVI) in 2015 and in 2016 was hailed as a Simon Stevin Master, the highest Dutch award for scientific technological research. He is an IEEE Fellow. 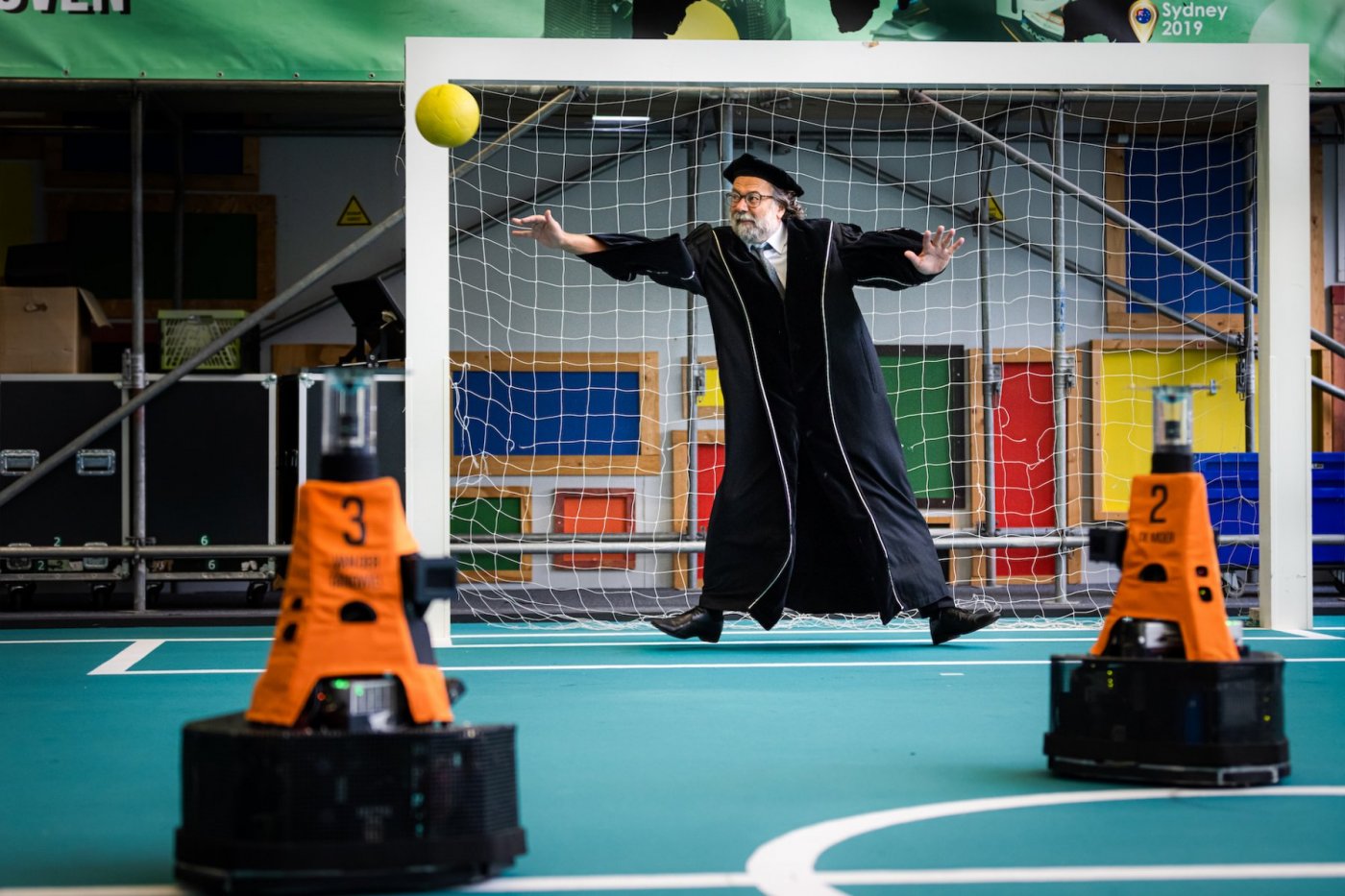 “Entrepreneurship makes researchers better at listening to industry and society”v

Universities could do with more of that, Steinbuch feels. Our thinking is still too much inside-out. Rather than generating knowledge and then transferring it to existing or new businesses, we should organize ourselves in order to (accelerate) co-creation. That requires what Steinbuch calls the 4th Generation University (the previous generations being the education-focused original as started in Bologna, the research university in the Humboldt mold, and the Cambridge model including R&D-commercialization as an explicit goal).

Steinbuch envisions an institution devoted to education and open innovation as the physical nexus of a (local) ecosystem of professionals, scientists, entrepreneurs, artists, customers, etc. that meet, mingle and innovate together. His ideas have resulted in Eindhoven Engine, a joint venture between Fontys University of Applied Sciences, independent research institute TNO and Eindhoven University of Technology (TU/e).

Established two years ago, Steinbuch’s brainchild – that he manages together with Katja Pahnke – already has more than 150 people working on some 15 projects centered around Eindhoven’s High Tech and university campuses. Partners include ASML, Philips, Signify, VDL, NXP, NTS and Brainport Eindhoven. In Eindhoven Engine, and 4th generation universities in general, it is all about co-location and co-creation, as in, unleashing collective intelligence.

Another promising approach to accelerate co-creation, Steinbuch says, is HighTechXL. It started as a high-tech start-up accelerator in 2015 and has since transitioned into a venture builder, picking up ideas at institutes and companies such as CERN, TNO, ESA and Philips, as well as universities, and providing them with a seasoned team, hands-on support and (access to) funding. HighTechXL is located on the High Tech Campus.

Finally, Steinbuch sees a crucial role for technology transfer offices like the newly formed The Gate to proactively scout ideas within universities and research institutes – much like HighTechXL does – and do everything they can to help develop these ideas into a spin-off from the university or existing companies. Still too often, we are reactive and needlessly restrictive. Waiting for would-be entrepreneurs and their start-ups to emerge from university research and then focusing on negotiating terms for them to use university IP and receive support. Whereas we should be focusing on accelerating their development and getting as much university know-how and IP out there as possible.

Steinbuch sees a change taking place, however, and for the better. For example, recent start-ups have been offered licensing deals rather than see the university claim a large chunk of shares.

Besides providing innovation spaces - psychological and physical - for co-creation and driving the use of their knowledge and technology proactively, Steinbuch views the role of universities as more fundamental. They are “the long-term conscience of industry”. They can point the way to what science can do and what society will need in the future and help companies formulate their strategic agenda and R&D priorities.

That includes helping companies become disruptive themselves. Eindhoven Engine is meant to do just that. In a sense, it replaces the corporate labs of the past, like Philips’ NatLab, where there were no boundaries between disciplines, and basic research informed and interacted with the development of technological applications and new products. Companies station teams there to work with researchers from university and institutes like TNO on, for example, new technology and applications for semiconductors and automated driving. The results can either be integrated into companies’ own operations or become a spin-off, like ASML’s Lighthouse technology to produce a much-used medical isotope outside a nuclear reactor.

“And don’t forget the HBOs”, Steinbuch stresses It is already not easy to convince corporates to invest resources in co-creation – their own researchers or funding for PhDs – and much harder to involve SMEs. They typically don’t have an R&D-department large enough to free up capacity to join in research and absorb results or the resources to hire a senior thought leader. Steinbuch therefore sees a major role for Dutch HBOs (universities of applied sciences) in conducting research for and with SMEs.

Maarten Steinbuch has always focused on both basic research and technology commercialization. He holds nine patents and has co-founded seven companies in mechatronics (MI-Partners, Mechatronics Academy), precision surgical robotics (Eindhoven Medical Robotics, Preceyes, Microsure), simulations (ZEnMo) and consulting (Steinbuch in Motion) [links to company websites]. He also has supervisory and advisory roles at Sioux Group, Nobleo Technology, Stepstone Corporate Finance+ and LUMO Labs and he is member of the board of NWO SIA.  Maarten is a prolific speaker, blogger and opinion leader on innovation, the role of technology in society, and a leading advocate of electric cars. 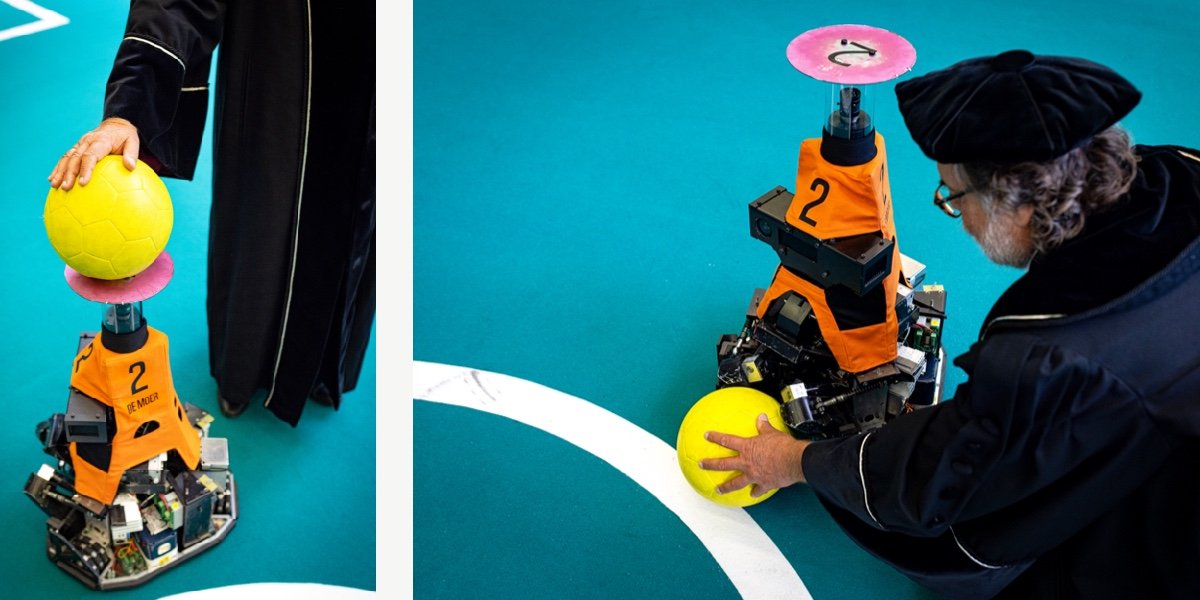 With a good team, one day per week is enough for a scientist to help build a successful venture.

Steinbuch in any case is a great believer in leading by example and the power of role models. Universities should make room for such role models: Scientists with entrepreneurial side-activities and who are successful. Allow researchers to quit part of their job and work part-time to start and/or work with businesses. Make it easy, value and encourage it – but don’t force it on everyone. According to Steinbuch about 10-20% of researchers “have the itch” and we should leave the rest alone.

What more could Techleap and others do? Showcase success, like the work Techleap does for scale-ups, the great work of regional development companies in times of COVID (a VC approach, bigger tickets) and initiatives like the Academic Start-up Competition organized by the VSNU association of Dutch universities, the Academy of Technology and Innovation (AcTI) and TechLeap. Share experiences and best practices, e.g., by organizing a conference for TTOs and role models. Also stress to politicians how important it is to accelerate co-creation and specifically tailor funding instruments like the Growth Fund and InvestNL to that purpose.