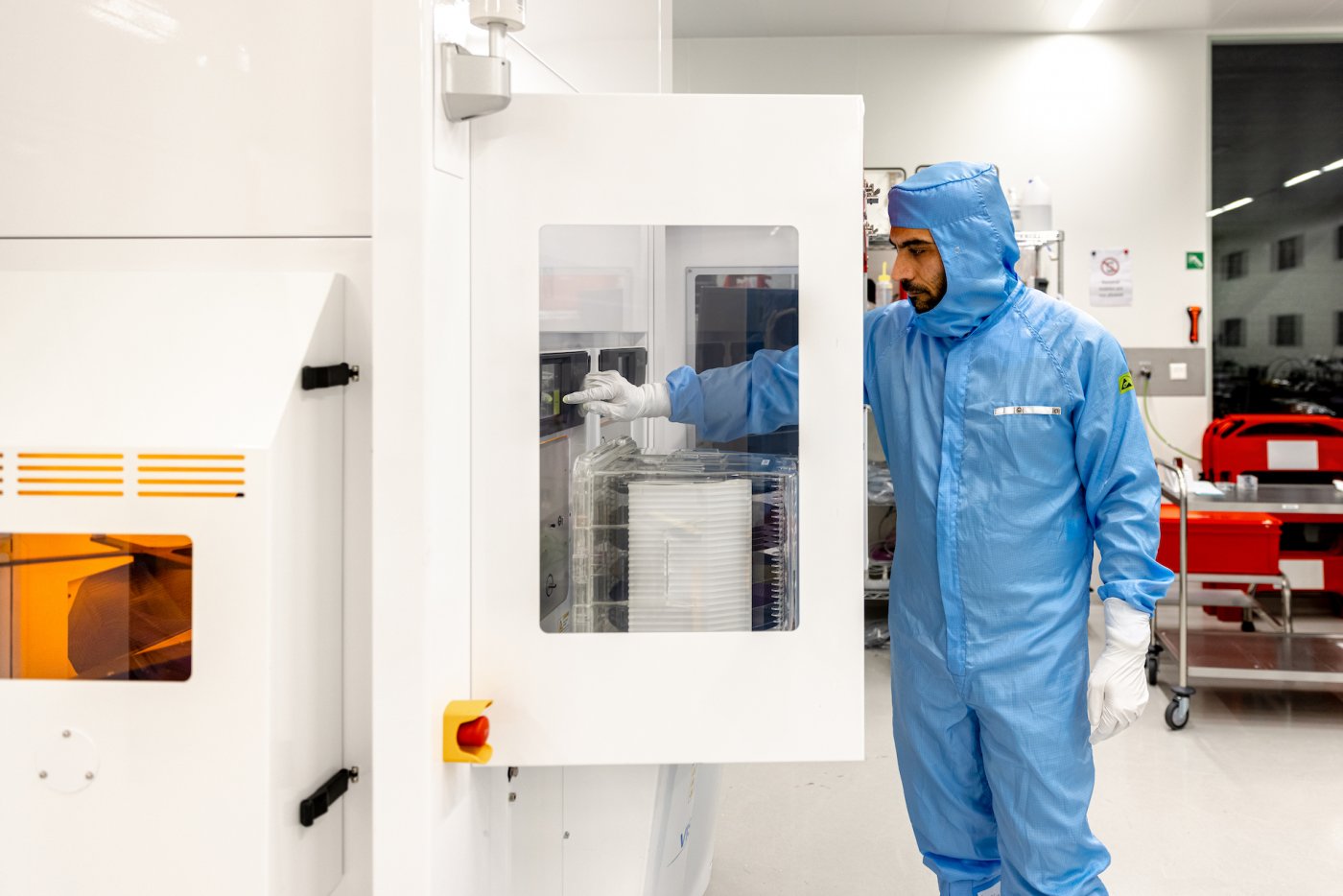 Hamed Sadeghian was barely into his undergraduate studies in Iran when he founded his first company, doing outsourced work for foreign companies in the steel and oil & gas industries. That could have been the beginning of a student-entrepreneur success story, but Hamed was thinking bigger – or rather, smaller.

The future he saw for advanced equipment required an understanding of physics at the nano-, even atomic scale. So he sold his company to go and pursue a PhD in nanomechatronics in Delft. Intriguingly, where we are used to scientists becoming entrepreneurs to valorize technology they have developed, in Hamed Sadeghian we seem to have found an entrepreneur becoming a scientist to develop (an understanding of) the technology to valorize.

Sadeghian’s research in Delft did in fact yield some promising patents. He even wrote a business plan, but eventually decided not to pursue it further because it was difficult getting the university to cooperate and he could already see there was a very limited market. After a brief period at MIT, Sadeghian started as a system architect at TNO – again “with the idea to start something”. As leader of the Nano-OptoMechatronic Instrumentation (NOMI) group, he built up a team of over 20 researchers and started to develop the concept he had in mind.

Anyone with an interest in technology will be familiar with Moore’s Law, the famous prediction by Intel co-founder Gordon Moore that the number of transistors on a microchip – the main driver of the speed and capabilities of computers – will double every two years. The key creating ever faster lower-power chips with more functionality, is to go even smaller (to just a few nanometers) and 3D (creating and aligning overlaying structures). The challenge for the semiconductor industry, Sadeghian saw, would be to accurately measure 3D parameters with sub-nanometer resolution and the speed and throughput to make such metrology viable in commercial production.

However, as Sadeghian explains, “having the technology is not enough”. You could certainly sell the technology “but that is a one-off and you run the risk of shelving”. To be sure of impact and to build a viable business, you need to develop a product (i.e. equipment) based on that technology that prospective customers can see themselves use. From day 1, therefore, Sadeghian and his team talked to customers. “If it worked, would it help you?”, he would ask them and – because it takes time to develop technology into a marketable product – “what will you need 6-7 years from now?”

Having thus de-risked the concept, which took five years, the next step was to develop an actual product. For that, Sadeghian needed a company and to start a company he needed “a business plan, a customer and a location”. As a location, The Netherlands looked good (on paper, more about that later) and he was already talking to prospective customers. That left the business plan – and so Sadeghian enrolled in a part-time MBA program, on top of his work at TNO. When he graduated, he had a proof of concept, customers willing to test it and a thesis that was the business plan for Nearfield Instruments.

Hamed Sadeghian Marnani is the President, CTO and CEO of Nearfield Instruments, the provider of process control equipment for the semiconductor industry he co-founded in 2016. The company commercializes the High-Throughput Scanning Probe Microscopy technology Hamed invented and developed with his team as Scientific Director and Principal Scientist of TNO’s Nano-OptoMechatronic Instrumentation (NOMI) group. In 2001, while studying Mechanical Engineering at Isfahan University of Technology in Iran, he co-founded Jahesh Poulad Co. which designs, manufactures and installs mechanical and electrical equipment for the steel, oil & gas and transportation industries. 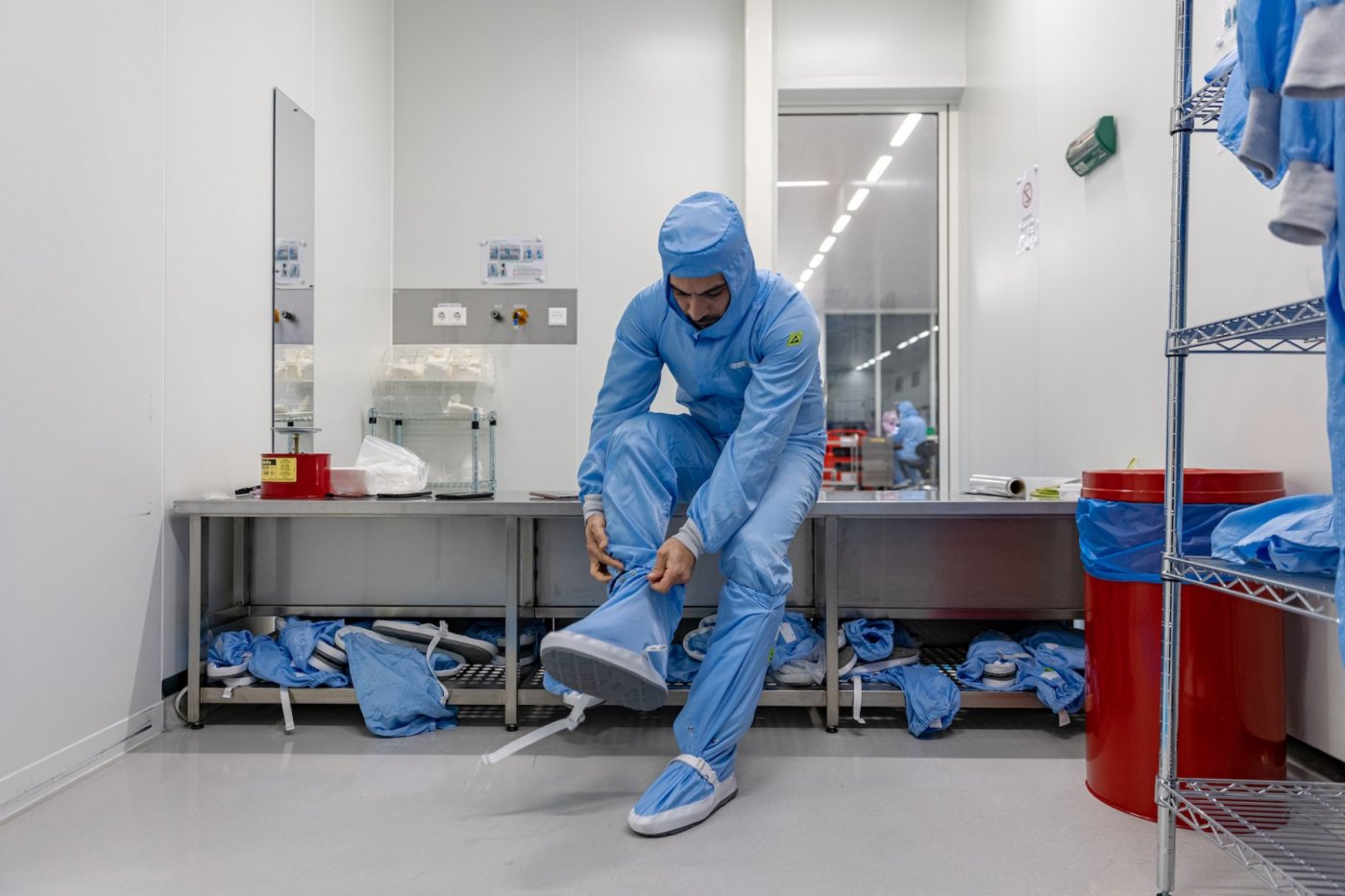 “Paradoxically corporates benefit more from our tax money than SMEs”

The importance of industry

Spinning out a company from a research institute, Sadeghian says, can be “a real challenge”, but although TNO are tough negotiators, “they get it.” They understand what it takes to start a company and universities could learn from TNO’s example. In general, Sadeghian finds, “the more research institutes work with industry, the more entrepreneurial they become”.

Working with industry has other advantages. It generates revenues that buy researchers the freedom to spend time and energy on developing and de-risking new technology to the point where it can be spun out. It also provides spinouts with vital insights into real-world applications of new technology, the needs of industrial customers and the specifications for any eventual prototype. Both are valorisation, but in many research institutes valorisation is still split between different units with different KPIs: one focusing on spinouts, the other on bringing in money for research.

Finally, the example of Nearfield Instruments illustrates the crucial role that established industry can play in getting high-tech spinouts started and funded. In early 2016, it started with a plan, a proof of concept, two people and a bit of seed money. That it was developing a product that was both capital intensive and high risk made financial investors understandably hesitant. But to woo strategic investors, too, Sadeghian would require proof – i.e., a (launching) customer. That customer became Samsung and in September 2017 their venture arm, together with Innovation Industries, invested EUR 10 million in a Series A. Less than four years later, Sadeghian has scaled his company to over 100 employees, almost EUR 50 million in total funding, the first product on the market and the second product soon. It is hard to see where he – or indeed any successful high-tech startup – would be without the involvement of established industry in both technology and company development.

In Sadeghian’s view, however, industry involvement is too much limited to and skewed towards larger corporates. Universities and research institutes are used to working with them. They can pay for contract research, participate in (subsidized) public-private programs and (co-)fund and supervise/support PhDs and post-doctoral researchers. To Sadeghian it is no surprise that much knowledge and technology transfer takes place directly and often bilaterally between research institutes and corporates – but that is more because of the funding than because the corporate route would be inherently superior to valorisation via SMEs or spinouts.

Working with universities and other research institutes is much harder for SMEs, Sadeghian argues. They cannot afford to fund PhD’s, nor is there any public instrument to help them do so. They also usually lack the means and manpower to contribute in cash or in kind to multilateral research and innovation programs with substantial EU or government funding. Paradoxically, Sadeghian points out, “corporates benefit more from our tax money than SMEs”. If you want to improve conditions for high-tech valorisation and innovation… start there. Make it easier for SMEs to work with universities and participate in and partake from research with and by (public) research institutes.

It is not just the government that could and should do more, however. Sadeghian returns to the point he made earlier, about The Netherlands being a good location for high-tech start-ups – on paper. While undeniably a strong high-tech ecosystem, The Netherlands has some way to go before we can accurately claim true partnership rather than a combination of customer-supplier relationships. Some suppliers declined to work with Nearfield Instruments, because they were heavily dependent on the business of giant companies that they did not want to jeopardize. Such suppliers are effectively ‘locked in’ in pre-existing relationships rather open to new collaborations. 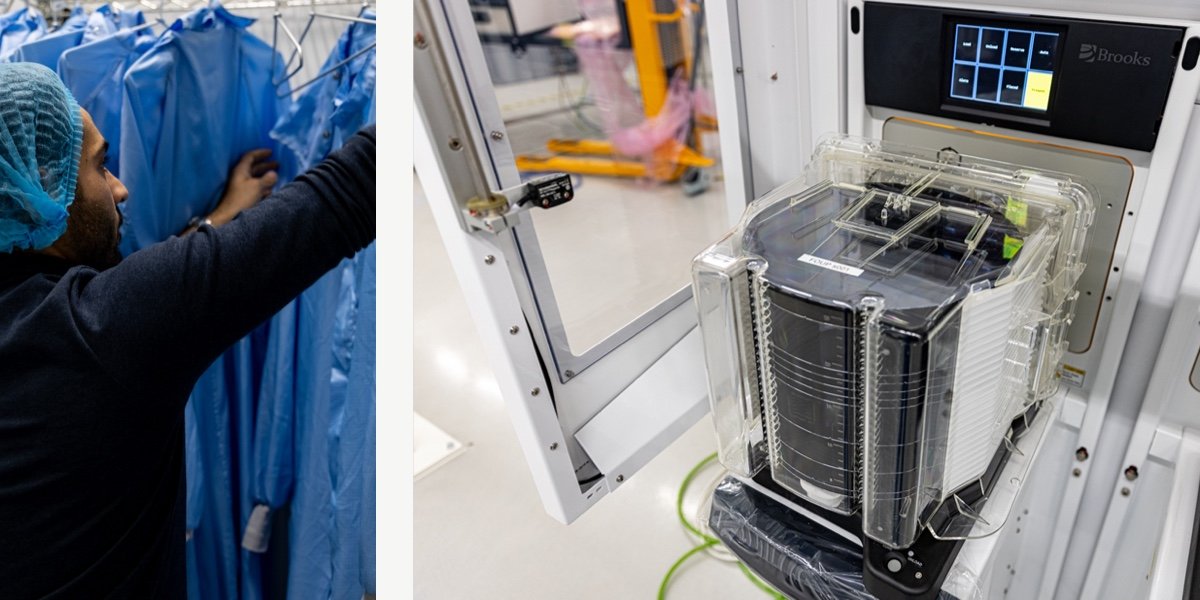 The future he saw for advanced equipment required an understanding of physics at the nano-, even atomic scale.

“It is easy to talk about open innovation”, says Sadeghian. Putting it into practice is much harder. Corporates probably do not even know that their suppliers are hesitant to work with start-ups and most would likely only welcome it if they did. Our priority, then, should be to raise awareness and create the conditions for such collaborations to emerge. “But that is passiveness”, Sadeghian argues (with passion). As Nearfield Instruments becomes ever more successful, he keenly feels a responsibility to give back and help others. Corporates, too, should take responsibility. Go beyond waiving exclusivity and telling suppliers it is okay to work with others. Encourage collaboration. Be proactive. “Ask your suppliers: how many start-ups did you help (this year)?”