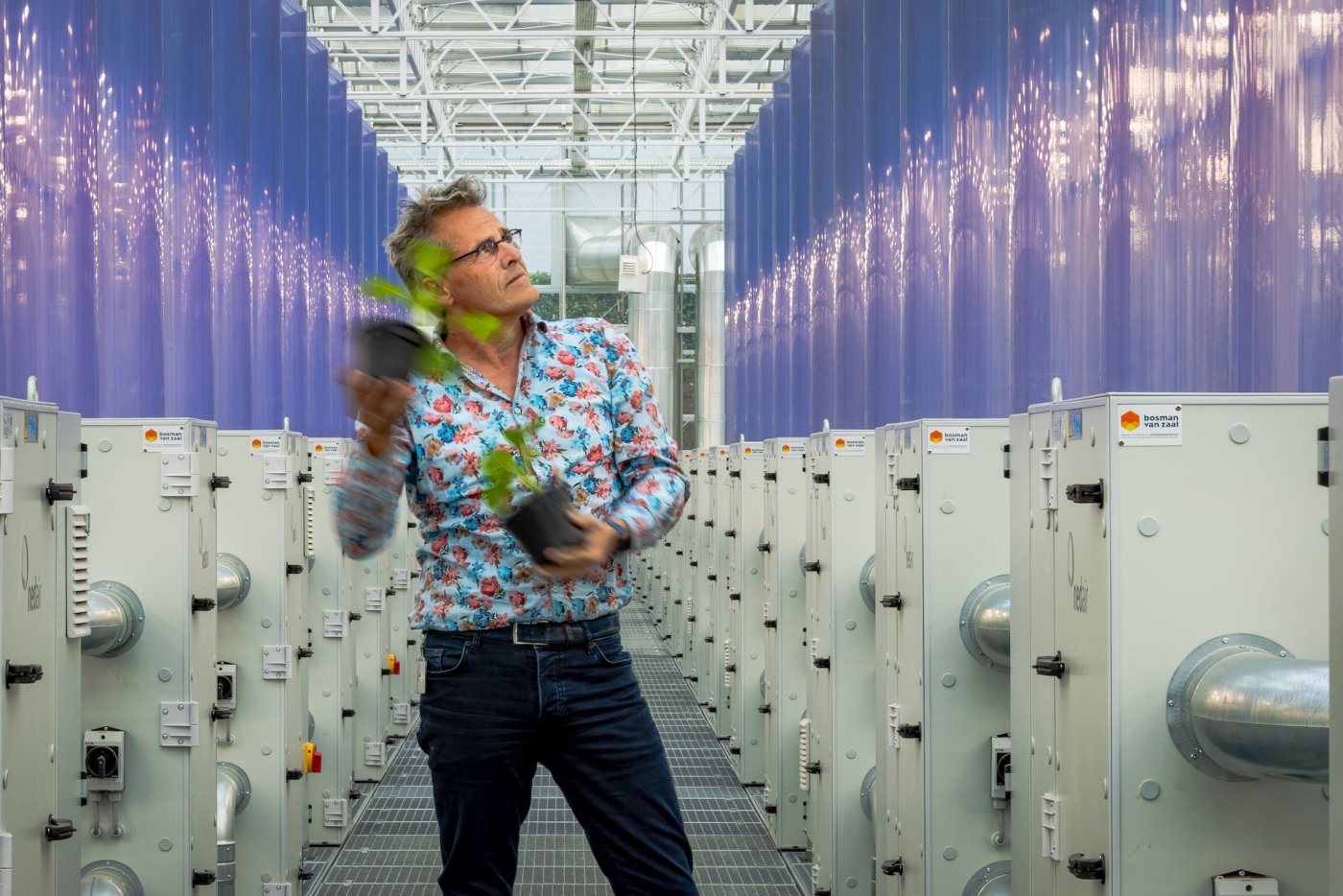 Once upon a time, Ernst van den Ende was the first externally funded PhD candidate at Wageningen University. It was the first time that six companies in the plant breeding industry found each other in a proposal for precompetitive research. A few months later, he presented his research to an audience of scientists and, that same afternoon, at the auction.

The first went swimmingly. The scientists were all interested and very polite. Two minutes into the second a cabbage farmer rose from his seat and shouted: “That is bullsh*t”. It taught Van den Ende much about what we would now call valorisation. “You need people who speak both languages”, he says, smiling at the recollection. But if you really want to explore what valorisation means and what makes it successful, he suggests going back a lot further – to the beginning.

Wageningen University & Research, Van den Ende explains, has its origins in the acknowledgment of challenges in food production in the late 1800s. Agricultural research began with the founding of experiment stations in Wageningen and several other places. In the early 20th century other research institutes emerged to tackle problems in agricultural practice. When, for example, the cultivation of daffodils was threatened by small parasitic worms (nematodes), Egbertus van Slogteren was pulled out of the army to develop a solution in what would in 1920 become the Laboratory for Bulb Research. In addition to research and education, civil servants actively informed farmers of the latest developments and agricultural methods. This model became known as the “Research-Information-Education triptych” and was a success factor for innovation long before – and some would say the inspiration for – the triple helix.

Over the decades the model was perfected and by the 1990s it consistently produced open knowledge and an enormous amount of innovation by companies. It consisted of a university, organized by academic discipline, research institutes oriented towards domains (such as plant breeding) and part of the Ministry of Agriculture, and experiment stations funded in part by government and in part by product boards – those typically Dutch associations for sector collaboration and collective programming and funding of research and innovation. In 2000, the university and research institutes were merged into Wageningen University & Research. Today, the Plant Sciences Group that Van den Ende leads comprises some 1,400 scientists, applied researchers and their support. Personally, he considers himself “50% dean” and “50% manager of an applied research organization in the mould of TNO”.

Valorisation, Van den Ende says, used to occur in ecosystems that were open and shared knowledge on a sector level. That had enormous value. Through the product boards, individual entrepreneurs – from growers of snowbells to potato farmers – helped pay for large research programmes and benefited from their results.

Unfortunately, we have lost some of the strengths of the old model even as we sought to emulate it in other sectors through national innovation policy. When the product boards went, so did collectivity. That cost us innovation power on the sector level and some of the connection between research and SMEs. The university has become more disciplinary, and PhDs do not immediately find connection to the market. To change that, we need people and places that foster collaboration.

Van den Ende strongly believes in investing in entrepreneurs – the people before their businesses. “A spinout is a plus”, he says, but is the ‘bycatch’ of developing entrepreneurs. Where do you find them? Everywhere, says Van den Ende. They are not hard to recognize but you must actively scout and nurture such talent. He makes it his business to regularly visit his research groups (at least one every two weeks, pre-corona) to meet new people and steer “the entrepreneurial types” towards talent programmes or Agrifoodtech Accelerator Startlife. Van den Ende favours developments like a PDEng, where a PhD candidate works on something like a design or prototype rather than a thesis. We need to break through the silos, he argues, get beyond perceptions that “scientists are nitpicks and applied researchers moneygrubbers”. For that you need people that are multilingual (metaphorically speaking) and able to reflect broadly on both research and its applications.

Dr. ir. Ernst van den Ende has been managing director of the Plant Sciences Group at Wageningen University & Research since 2009. He studied plant diseases in Wageningen and obtained his PhD in phytopathology. Ernst worked as a researcher in various experiment stations in fruit and bulbs before joining Applied Plant Research at its founding as research coordinator for the division Plant Protection, and later Business Unit Manager.

With the emergence of Greenports in the Netherlands, Ernst van den Ende has also served on various advisory boards to help shape regional innovation. Since 2011, he represents the Dutch knowledge institutes in the Top Team Horticulture & Propagation Materials, that aims to boost innovation on the sector level. Ernst also sits on the Supervisory Board of the company 30Mhz. 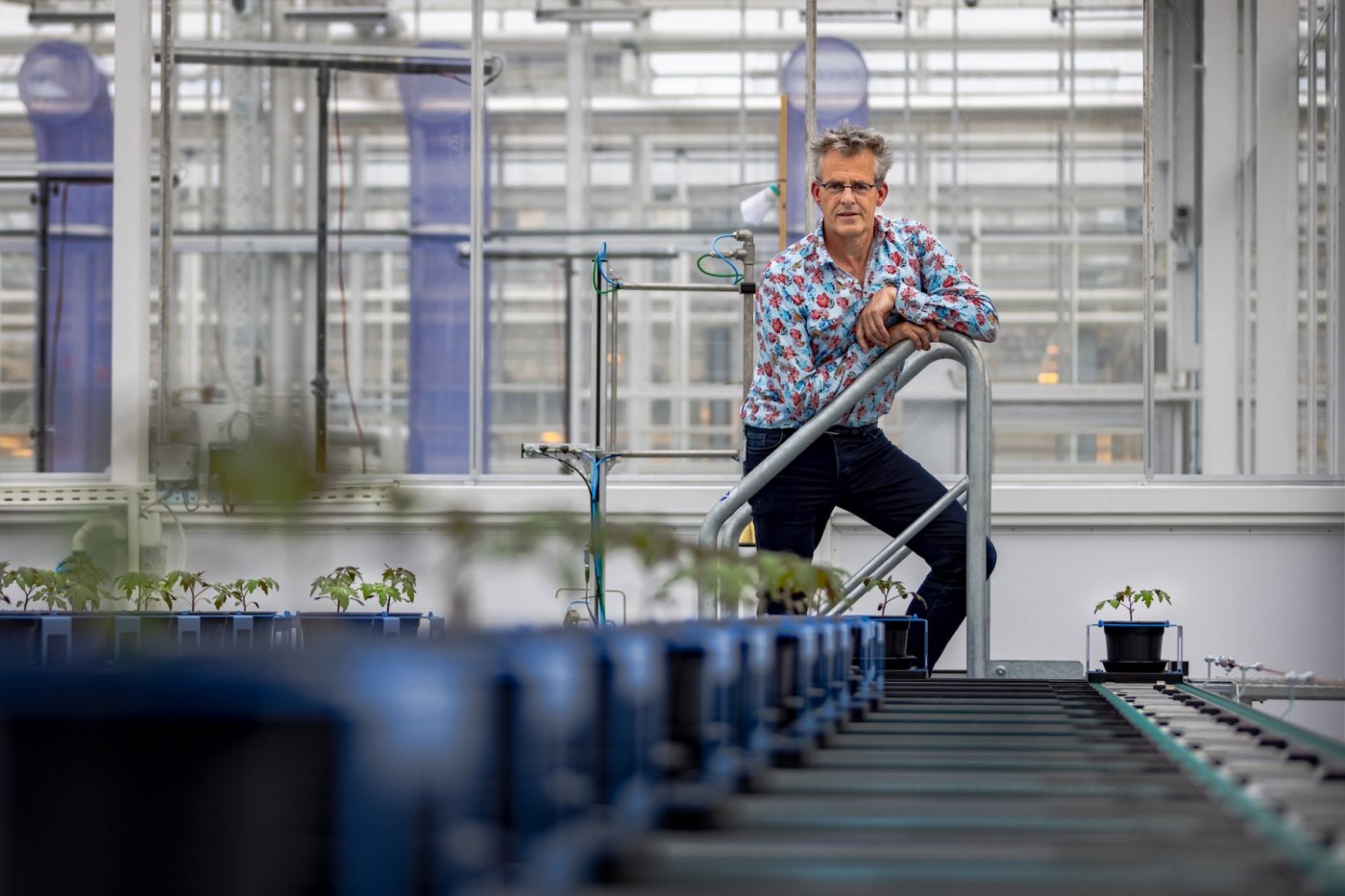 Van den Ende is also a proponent of sharing facilities. Three years ago, his group invested in the ‘Farm of the Future’ in Lelystad. They develop and demonstrate new cultivation techniques – such as monoculture and stripping cultivation – that involve a lot of (innovative) technology and invite companies to come, be inspired and join in. The government has embraced the initiative (with the Ministry of Agriculture, Nature and Food Quality providing co-funding) and so have companies. Such communal facilities, used communally bring parties together, encourage collaboration and knowledge sharing and yield both new activities in existing companies and spinouts.

The purpose of patents

Van den Ende does not much believe in taking equity stakes in spinouts (“few universities in the world have ever become rich of that”) nor in filing patents, at least not for the usual reasons. Patents are expensive and are useful only if you can defend them. When he became director of Plant Sciences in 2009, he quickly reduced the portfolio of almost 150 patents to just over 30. As university, he feels, you need to have a few – to maintain freedom for further research and to be an attractive partner for public-private collaborations. But a university is not a patent machine. It should pass on patents to entrepreneurs that can apply and defend them as quickly as possible. In that sense, says Van den Ende, the green world runs behind the technology sector, that is more used to patent transfer and getting patents outside their organizations.

However, he observes, patenting seems to have become very defensive. Whereas their original purpose was to share new ideas, to let others build on them and encourage new inventions, rather than keep inventions secret and impede innovation. Here, the green sector’s practice of “breeding rights” may offer inspiration. Breeder’s rights mean anybody may use your variety to cross breed new ones, without restriction, to the point of commercialization. Then, either the new variety is different enough that they do not need to pay a fee – or it is not, and they do. That comes very close to the original idea of patenting.

Getting back to collectivity

If the sharing of knowledge has taken a knock, so has the sharing of burdens. In the past, public-private innovation programmes were financed collectively through product boards. That pooled the resources of the sector and guaranteed even the smallest company access to the latest knowledge and technology. Today, every participant contributes individually, in cash or in kind. That helps corporates (that have deep pockets) and hurts SMEs (that don’t). As indeed does the increasing (mis)use of patents. Agriculture – especially a sector like horticulture and propagation materials – used to be an SME sector par excellence.

There is much to be said to getting back to collective funding to accelerate innovation on a sector level, especially for SMEs – like there used to be before the product boards were dissolved. Van den Ende gives an example. In the old days – “before the euro” – the average bulb grower (back then some 10 hectares) would pay 800 Dutch guilders in trade levies. That gave them access to 450 projects. One of these developed an early warning system for fungus control that meant they needed to spray their bulbs a lot less often – saving some 1.900 guilder per hectare in fungicides alone (not counting savings on labour). 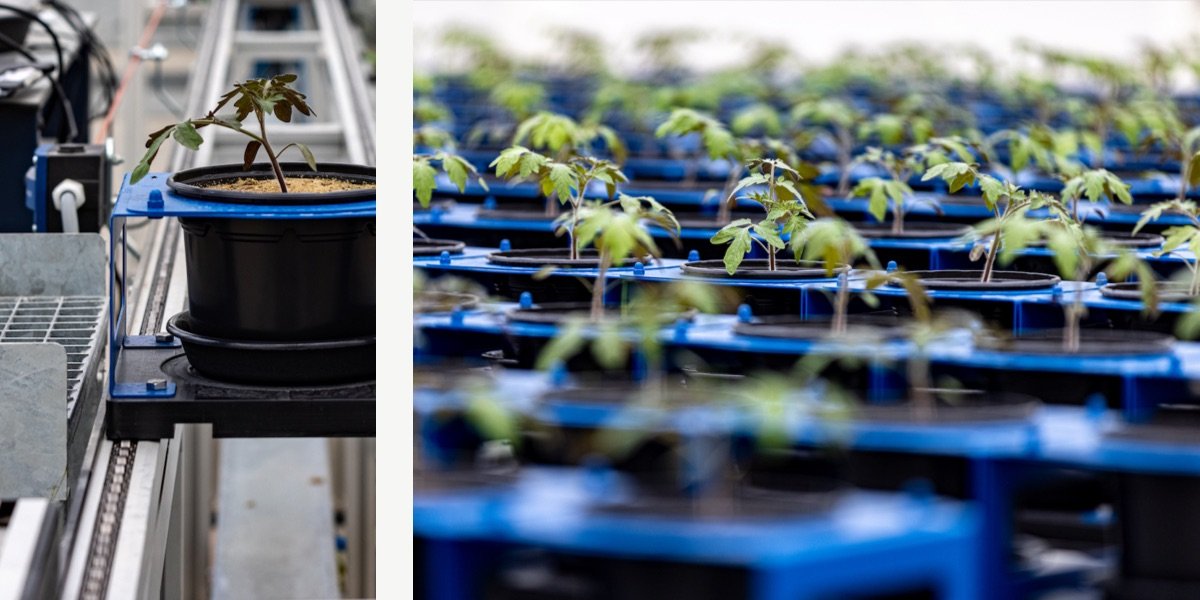 Take another example: drying bulbs takes an enormous amount of energy. The bulbs are stacked in cubic crates in front of a drying wall that blows hot air through them. A lot of air, to dry the bulbs in every corner of every crate. Turns out you can improve the airflow and reduce the amount of energy needed by 30%, simply by nailing a piece of wood in every corner. And all it took to find out, was one PhD doing applied research. Findings like that can hugely improve the (cost) competitiveness, even the climate impact of our SMEs but few if any can or will fund a PhD to investigate – or even realize there could be something to investigate. All things considered, says Van den Ende, “collectivity wasn’t so crazy”. Was it?