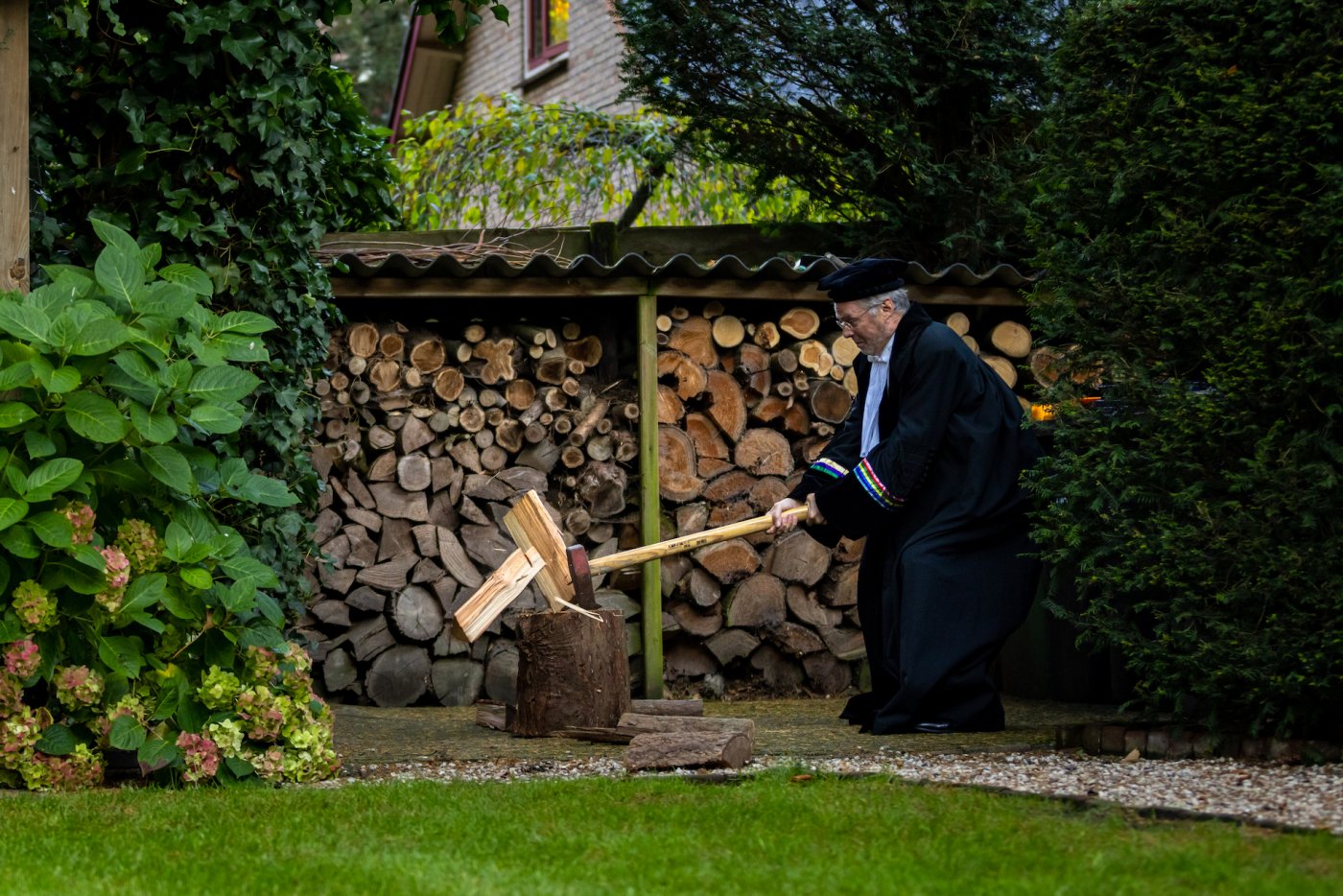 Hans Clevers is a Dutch icon. He is among the 75 most cited scientists in the world and since he managed to grow living stem cells extracted from intestines into mini-organs (organoids) in 2010, he has been regarded as a candidate for the Nobel Prize.

His organoid technology is used by more than 50 companies around the world - but not one of them is in the Netherlands. "Building a company here just never seems to work out," he explains. So, he does this elsewhere. In Shanghai, for example (D1Med), or in the US, where one of the companies he co-founded (Surrozen) went public in August and another (Xilis) has raised roughly €60 million in seed capital aimed at automating Clevers' organoid technology. "Those should have been here," Clevers says firmly. If it were up to him, the Netherlands would learn from his experiences so that these kinds of companies would be built in the Netherlands in the future.

It has the science, but not the companies?

Clevers really does know what he's talking about. In 1996, he and his Utrecht colleague Ton Logtenberg founded one of the first Dutch biotech companies:  UBiSys.  This would later merge with IntroGene to form Crucell in 2000.  They did this in Utrecht on purpose, as this is where they both worked and the science was top notch.  However, entrepreneurship was new to the Netherlands and was not encouraged, to say the least.  The fact that UBiSys and eventually Crucell came into existence was largely due to the courage of Gerlach Cerfointaine, the then chair of the university hospital.  In the end, the university and the hospital made good money out of it, Clevers recalls, "but it didn't make an impact in Utrecht.”

We frequently make it quite difficult for scientists in the Netherlands to be entrepreneurial.  It seems that we are reluctant to offer shares to inventors and provide space (and IP) to small companies out of fear of reputational damage and perceived self-enrichment. "Everyone thinks it's about getting rich," says Clevers, but what you want is to "stay behind the wheel" more than anything else.  As a scientist, you would like your institution to negotiate side-by-side with investors.  The reality seems to be the other way around: scientist and investors are often sitting opposite the knowledge institute - "just to be given the chance to do it."

Prof. Dr. J.C. (Hans) Clevers is group leader at the Hubrecht Institute for Developmental Biology and Stem Cell Research and at the Princess Máxima Center for Pediatric Oncology, professor at Utrecht University and an Oncode Investigator. His research focuses on stem cells, regenerative medicine and oncology. He graduated in biology and medicine in Utrecht in the early 1980s, passed his physician's exam and obtained his doctorate there. After his PhD, he spent four years as a postdoctoral researcher at the Dana Farber Cancer Institute at Harvard Medical School. Clevers became Professor of Immunology in Utrecht in 1991 and was Director of the Hubrecht Institute from 2002 to 2021. In 2012, he succeeded Robert Dijkgraaf as President of the Royal Netherlands Academy of Arts and Sciences. 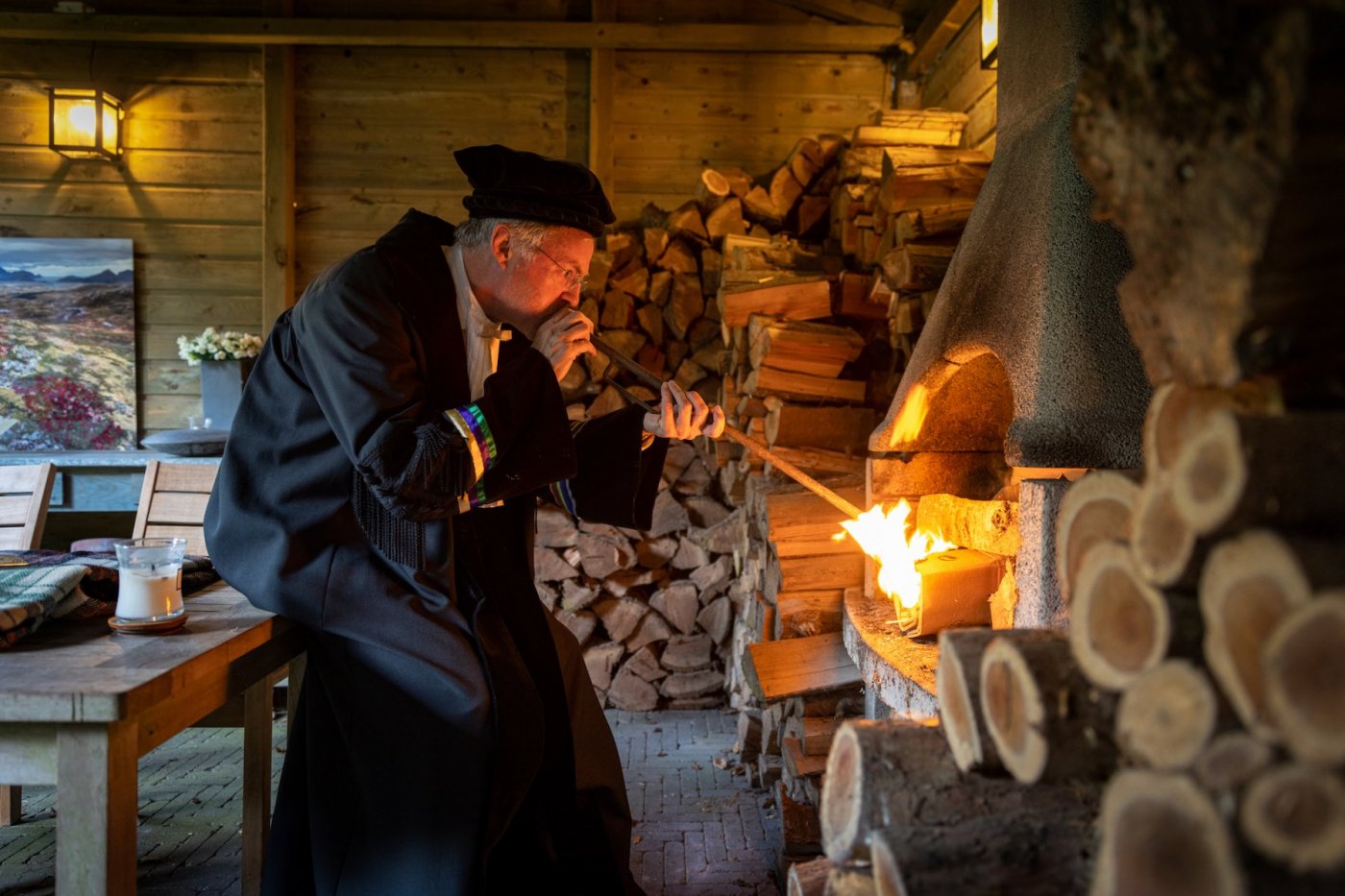 "If we dared to cluster we would be instantaneously as good as Harvard."

Oncode - the institute for excellent cancer research and valorization, which Clevers helped found and in which he serves as a principal investigator - shows that it can also be done in a different way.  "These come through investors themselves, with their own business plans.  That is the kind of support you need.  Universities are not in a position to offer that.  They are far too expansive and risk-averse for that and ultimately, they also do not feel the need for it either.  "Nobody misses that tiny company that never gets founded."

Clevers would like to turn that around.  Universities should instead take pride in their spin-offs. "Look at that - our people!" - and relate better to the emotions, the perceptions of the scientist.  If you are a researcher, Clevers goes on to explain, then such an invention is really "your thing."  You want to take it further.  Often you are the only one who can actually get it off the ground.  Those researchers "should not be subjected to all sorts of restrictions and forced out of employment" but should be helped to turn it into a large company – and in the Netherlands.

According to Clevers, this ought to be a core task of a university:  "Build a Silicon Valley around you."  This has grown because university research has led to companies that stay, grow and conduct new research with the university.  Boston, the largest biotech cluster in the world, also grew that way.  "MIT did that very intelligently back then," says Clevers.  A large plot of land had been purchased for NASA's "Moonshot" at the time of John F. Kennedy.  Then, when the Texan Johnson became president, NASA ended up in Houston.      MIT shifted gears and converted that land into offices for research and eventually new businesses.

Clevers would like to see that kind of audacity in the Netherlands as well.  Flanders has done a much better job of that in biotech, for example, but the potential is much greater in the Netherlands.  "We are in the top 3 in the world in all standings," he contends, where biomedical research is concerned.  If we dared to cluster - for example, concentrate all oncology research in Utrecht and Amsterdam - we would be "instantaneously as good as Harvard."

Although a modicum of realism is important, Clevers cautions.  If you really want to make a difference, you need to participate in large clinical trials.  Most of the drugs that have come onto the market over the past 20 years come from biotech that was bought up by the major pharmaceutical companies relatively early on.  Then the big money goes into research during the later stages of clinical trials.  Roche alone, the company where Clevers is a commissioner, spends more than a staggering US $6 billion a year on clinical trials.  At present, very little of this goes to the Netherlands.

"Even though our UMCs are among the best-funded public university hospitals in the world," Clevers says, "we don’t play a significant role in phase 3 clinical trials.  Our UMCs - with their cost-free buildings and academic component - are paradoxically arguably too rich.  They do not really work together enough and are competing with each other too much to be able to compete with the likes of the strong trial networks in Spain, Assistance Publique - Hôpitaux de Paris (AP-HP), the Memorial in New York, and MD Anderson in Texas, to name a few. We are too fragmented: the UMCU alone already has probably about a dozen trial agencies.”

Hans Clevers has published over 700 peer-reviewed articles - mostly in renowned journals such as Nature and Cell - and has an H-index of 184 in Scopus and 211 in GoogleScholar. He has won more than 30 national and international prizes and awards, including the NWO Spinoza Prize (2011), the Louis-Jeantet Prize (2004), the Josephine Nefkens Prize for cancer research (2008), the Kolff Prize (2011), the Léopold Griffuel Prize (in 2011 and 2012), the Heineken Prize for Medicine (2012), the Breakthrough Prize for Life Sciences (2013), the Massachussets General Hospital Award in Cancer Research (2014), the National Icon of the Netherlands (2014), the ISSCR-McEwen Award for Innovation (2015), the Körber European Science Prize (2016), the Keio Medical Science Prize (2019) and the Pezcoller Foundation- AACR International Award (2021). Clevers holds honorary professorships and doctorates in China, Israel, Hong Kong, Australia and Belgium and is a member of scientific academies in the Netherlands, the US, France and Germany. He was elected a foreign member of the Royal Society in London and an honorary member of the Royal Society of Edinburgh in 2019.

Hans Clevers is the holder of a dozen patents, (co)founder of UbiSys (later merged with Introgene to form Crucell), Semaia Pharmaceuticals, Agamyxis, D1Med, Surrozen, and Xilis, among others, and is an advisor or supervisor to Merus, Genentech, and Roche, among others. He is also a venture partner for the investment firm Life Sciences Partners. 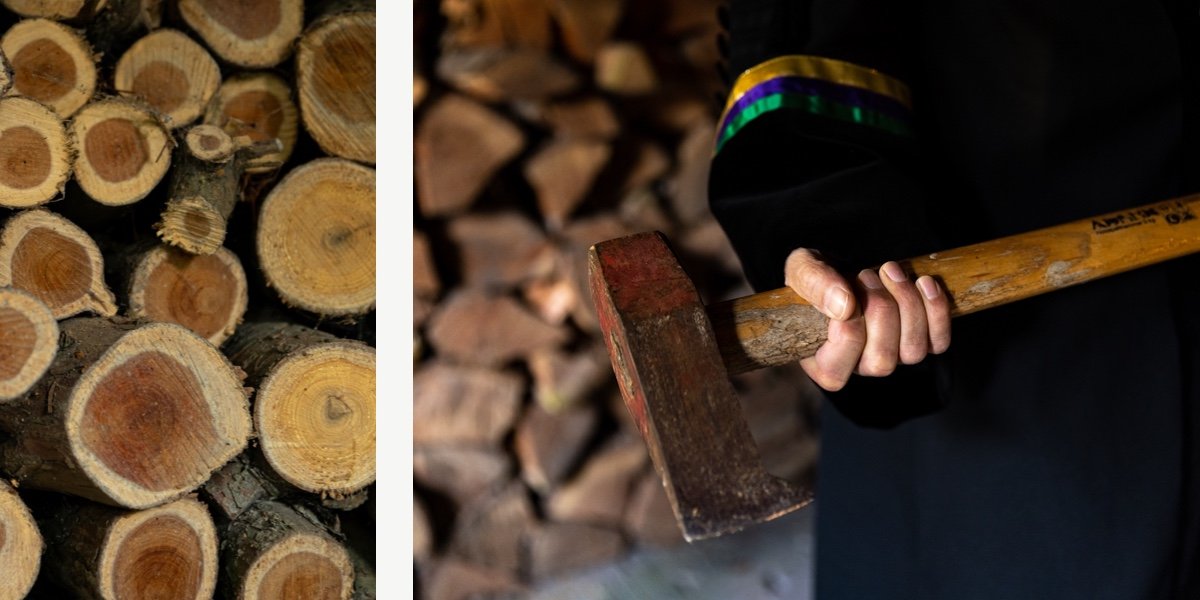 "But then you have to build something, something tangible with facilities for research and valorization"

Internationally, within Roche and elsewhere, Clevers is hearing the same sentiments. In their negotiations with companies, universities/UMCs dictate the terms but overestimate the actual commercial value of their discoveries, which often still have a long and expensive development process to go through. If we really want to make the Netherlands an environment where our excellent science produces biotech companies that will remain and flourish here, then there are still some steps that need to be taken.

However, in Clevers’ experience, when the government does something in the Netherlands, everyone has to share, funding is distributed among the existing activities, and nothing permanent is built up.  This is also a threat when it comes to the Growth Fund, although Clevers does endorse the idea behind it.  He is also taking part in an application in the ongoing round - under the strict condition that the proposal results in a real, physical center for organoid technology in the Netherlands.  So that it can finally deliver on that promise for the Netherlands.  With organoid technology, Clevers and his colleagues can take almost any tissue and put it into a culture and cultivate it indefinitely while preserving its characteristics.  "You can do some amazing science with that," Clevers asserts.

Modeling diseases, developing drugs, personalizing treatments.  The potential is enormous, also in economic terms.  But then you have to build something, something tangible with facilities for research and valorization.  "Not just another temporary network."

The Princess Máxima Center for Pediatric Oncology concentrates all highly complex care for and research into pediatric oncology in one national center.  The rooms of doctors and scientists are grouped together around a central coffee area with lots of glass and an open central space.  Patients live there, there are parents' rooms so that they can always be with their child, and families are involved as much as possible in the organization of healthcare and research.

The Princess Máxima Center has one research program that goes right across the board.  All principal investigators receive exactly the same budget and number of team members, and the equipment belongs to everyone.  They are then given total freedom - with little in the way of overhead and management tasks - to do their research.  The system works, Clevers notes. "It sorts itself out.  The best groups attract more funding and grow; the less successful ones fade away on their own.  That wouldn't be possible in a traditional academic hospital where research is linked to every clinical department.  But is that really necessary?" asks Clevers somewhat rhetorically.  The Máxima may have already provided the answer.